This is your chance to own a very rare masterpiece by the internationally acclaimed Looty Pijammin.

Looty’ choice of this effervescent white Alabaster stone for the whales is brilliant. Sparkling in the sun and contrasted against the rock base, this young whale undulates softly in the play of light but its powerful musculature dominates your senses.

Its refined finish, the meticulous attention to the smallest detail; this is a complex carving. The lines and curves of these majestic marine mammals takes your breath away. This masterpiece whale transcends wingless into the heavens floating forever in time.

This sculpture ranks high in Looty’s repertoire. It is one of the most eye catching works in our gallery.

This Beluga whale and calf is new and in perfect condition. It comes with the Igloo tag of authenticity and is signed on the bottom. 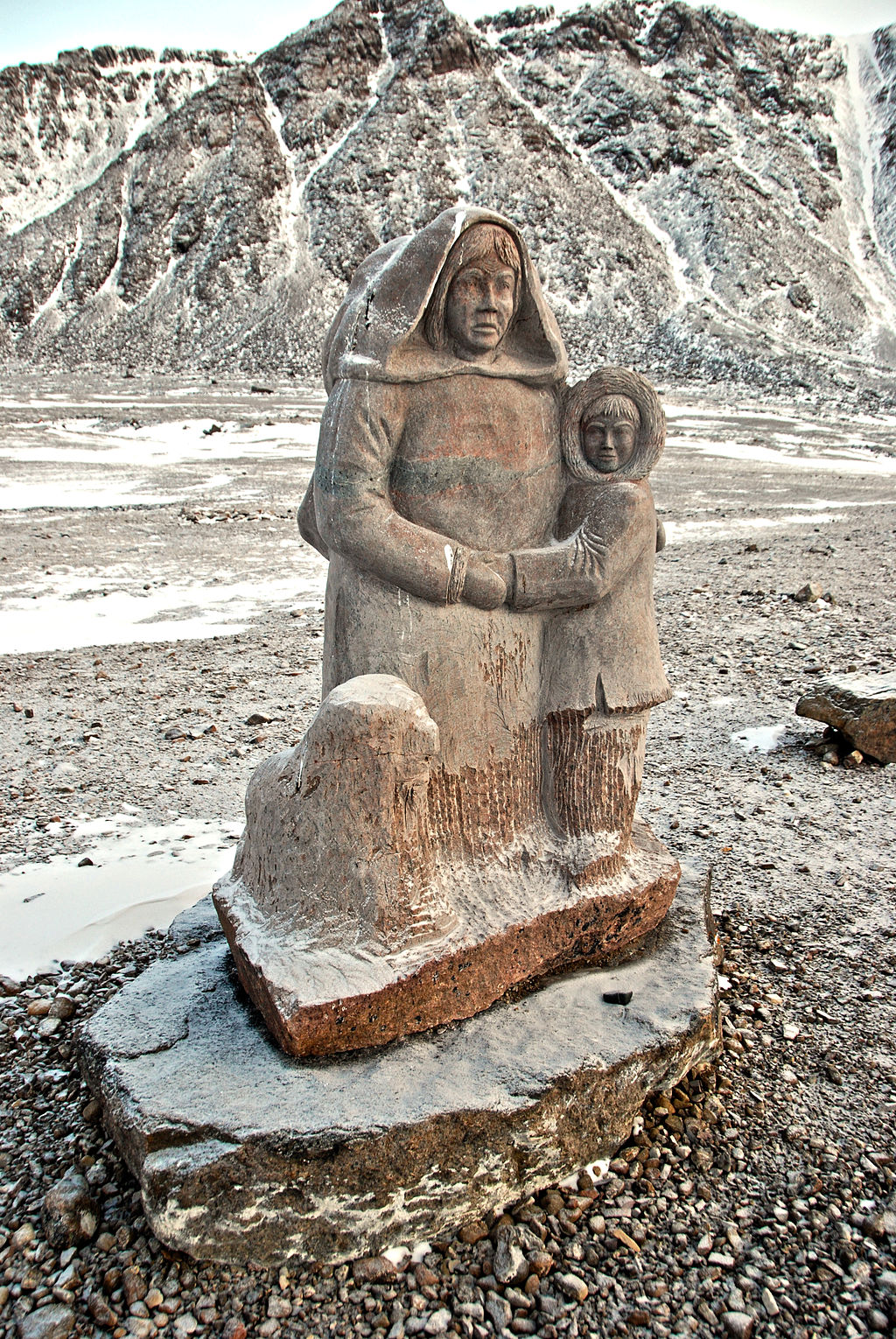 Lootie's fame reaches to a global audience. Please see his biography on wikipedia. Among his numerous merits, he was commissioned by the Canadian government to make a gateway statue for his Hamlet. His famous statue received much recognition from the CBC.